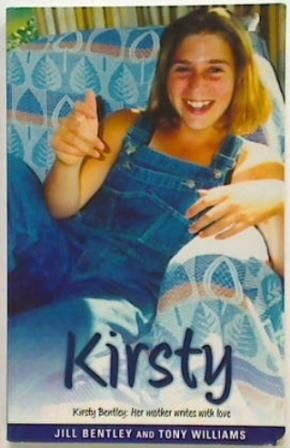 Kirsty. Kirsty Bentley: Her mother writes with love. On New Year's Eve 1998, Ashburton teenager Kirsty Bentley went missing. The next day her dog was found tied to a tree beside the Ashburton River. Two weeks later her body was found in an isolated clearing 40km from her home. Jill Bentley, writing with best-selling author Tony Williams, here tells the story of her daughter's life and death, the police investigation and media circus, and the terrible aftermath experienced by her family.