A History of the English Speaking People V4 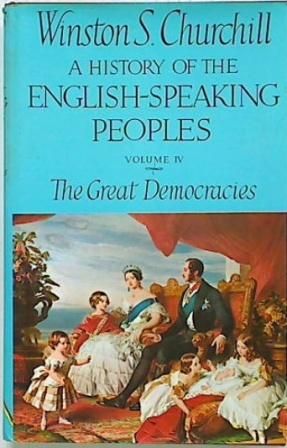 A History of the English-Speaking Peoples - Volume IV The Great Democracies by Winston S. Churchill. The Great Democracies is the fourth and final volume of Sir Winston Churchill's history. In it he takes the history of the English-Speaking people from the days of peace which followed the downfall of Napoleon to the death of Queen Victoria and the beginning of our present era. In the century which this volumes covers, the many streams, the source and wanderings of which Sir Winston traced with such illuminating care in his earlier volumes, come together into the mighty river which we see flowing onwards towards it destiny.