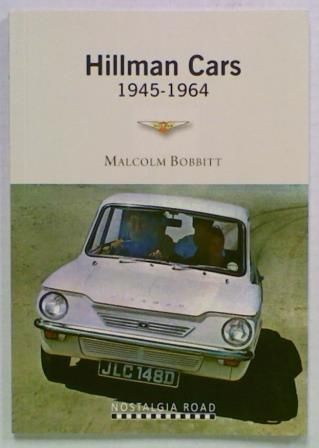 Hillman Cars 1945 - 1964 by Malcolm Bobbitt. From its origins in 1907 through interwar ownership, with Billy and Reginald Rootes at the helm, Hillman established itself as a manufacturer of popular, well-engineered and carefully priced family cars. Launched in 1931, with its cautious styling and nicely furnished appointment, the Minx gave exceptional service and, by 1940, it had adopted unitary construction. However, before sales of the new Minx could make an impact, the onset of hostilities put Hillman in the front line of the war effort producing military vehicles, armaments and aero engines as well as a seventh of all Britain's bomber aircraft. Hillman Cars 1945 -1964 chronicles the fortunes and misfortunes of this part of the Rootes' empire during these years and its unique collection of images and publicity material capture a largely forgotten episode in British motoring.