A History of the English Speaking People V3 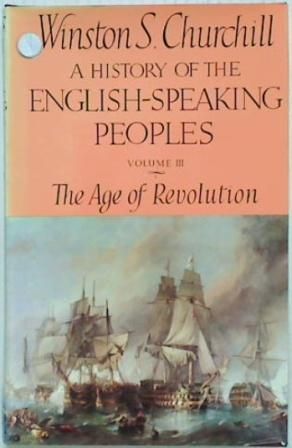 A History of the English-Speaking Peoples - Volume III The Age of Revolution by Winston S. Churchill. 'At the opening of Sir Winston's third volume we see William of Orange as King of England - jointly regnant with his Stuart wife. This, the prime result of the Revolution of 1688, made England's greatest enemy, no longer Spain but, as had been the case so many centuries before, the great Power facing us across the Channel. William III gave the French Ambassador twenty-four hours in which to leave the kingdom and so, with firm purpose, determined upon war with France - war which was to continue in one form or another with periods of uneasy peace until the time came when Wellington watch the Old Guard broken and saw Napoleon, huddled in his coach, drive away from the field of Waterloo and from the theatre of history.