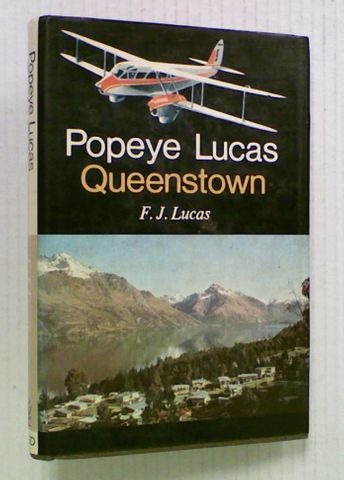 Popeye Lucas Queenstown by F. J. Lucas. 'Popeye Lucas must have had both flying and farming in his horoscope, for these two elements have dominated his life; and, for quite a long period of it he combined the two, for he was first a pioneer and then a leading practitioner of agricultural aviation. He left farming in Otago to join the Royal Air Force just before the Second World War, during which he flew light and heavy bombers in the European theatre, and formed and commanded the RNZAF's first transport squadron in the Pacific. During these days he acquired the DFC and bar, together with the nickname by which he still universally known, and the reputation for a turbulent and independent energy that has survived on into his peacetime activities.(1960s).'