Courier! The story of a Major New Zealand 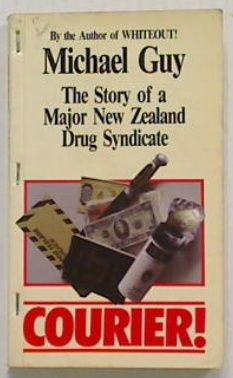 Courier!-The story of a Major New Zealand Drug Syndicate by Michael Guy. This is the story of the drug syndicate involved in importing heroin and morphine from South-East Asia. Guy tells the story of why one man who supposedly had everything, became involved with the syndicate. That man was Frank Collier, 52-year old father of three, Chief Purser, for Air New Zealand, and its longest serving cabin crew member. "Courier!" takes an inside look at the operation of the syndicate and Frank Collier's story. The book has become loose from the covers and since been re stapled.