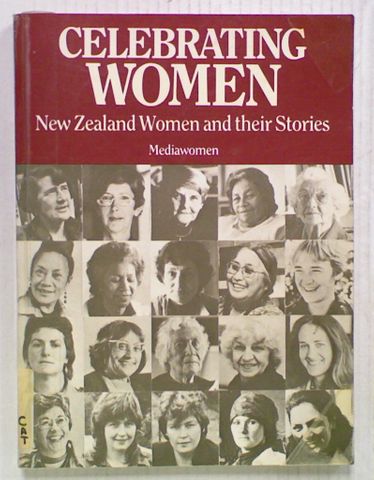 Celebrating Women : New Zealand Women and their Stories. Produced by Mediawomen of New Zealand. Editor Christine Cole Catley.' These biographies and interviews with 50 outstanding women represent the more than 600 nominations received fro the Mediawomen's Awards made on Suffrage Day, 19 September 1982, at a television ceremony produced by Marcia Russell. Just as the original nominations could have been multiplied many times over, so Celebrating Women could have been greatly extended. Chance and circumstance have helped shape this particular book.' Ex Library Book with all the usual stamps and markings. The book has light to medium general wear but remains tight and bright.