Whitebait and Wetlands: Tales of the West Coast 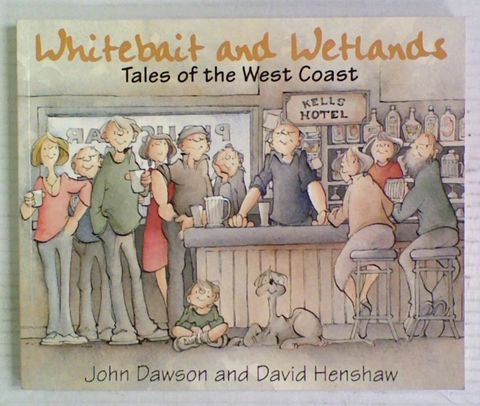 Whitebait and Wetlands: Tales of the West Coast by John Dawson and artwork by David Henshaw. 'The West Coast of the South Island holds a special place in the Mythology of New Zealand culture. It is the last frontier... the wild West... and the people who live there are larger-than-life characters. John Dawson and David Henshaw have both spent significant parts of their working lives on the Coast and know the locals and their stories well - from the Mayoress and the ladies' longdrop at the 'Puke' Tavern, the notorious Slatey Creek mob and the out-foxed Texan, to Vince the vet and the farmer who fixes iron deficiency in his calves by putting old horseshoes in the troughs! Whitebait and Wetlands features 25 tall tales - most true, some not-so-true - but all highly entertaining and revealing part of the great Kiwi legend. And the stories are illustrated by New Zealand's best known country cartoonist and artist, David Henshaw.'