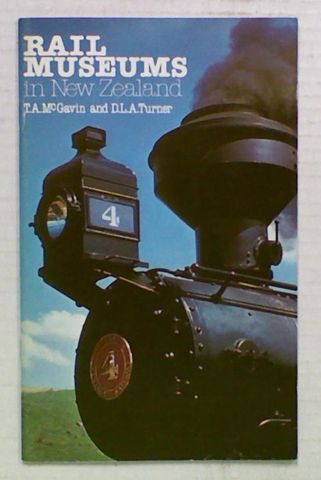 Rail Museums in New Zealand by T. A. McGavin and D. L. A. Turner. In the history of transport the organised preservation of examples of full-sized transport equipment is a relatively recent development. Here in New Zealand the phasing out of electric trams from city streets and of steam locomotives from railway transport was the stimulus to this kind of activity. Established museums, with their limited resources, seemed to show little interest in displaying full-sized examples of mankind's achievements in the transport industry, or for that matter in the field of technology generally. Hence it has largely been left to individual groups of keen and dedicated enthusiasts to take the initiative in this matter themselves. The year 1974 saw the formation of the National Federation of Rail Societies for the purpose of coordinating, promoting and representing the interests of the various non-profit organisations now established in New Zealand to preserve trains and trams.