Alone on the Great Wall 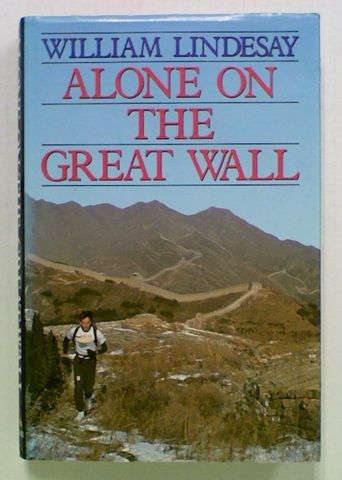 Alone on the Great Wall. From the Desert to the Sea by William Lindesay. 'The Great Wall of China, built to defend the Middle Kingdom from the barbarians of Central Asia, is undeterred by any landscape on its course from the remote fortress outpost of Jiayuguan to its seaside terminus of Old Dragon's Head, Shanhaiguan. A serpent of mud in the Gobi tracts of Gansu, it skirts the sand seas of the advancing Tengger and Ordos Deserts, crossing the Yellow River twice, becoming stone-blocked in traversing the snowy Yanshan of Hebei, finally to emerge on the coast of the Yellow Sea. In his journey from the desert to the sea William Lindesay ran for 2,470 kilometres to become the first foreign conqueror of China's most bizarre remnant of xenophobia. Unescorted, he felt the Wall's ambivalence, sometimes as an opponent to master, at other times a familiar to feel at one with among the many peasant farmers who took him to their hearts, fed and sheltered him and wrote their simple messages of encouragement in his diaries.