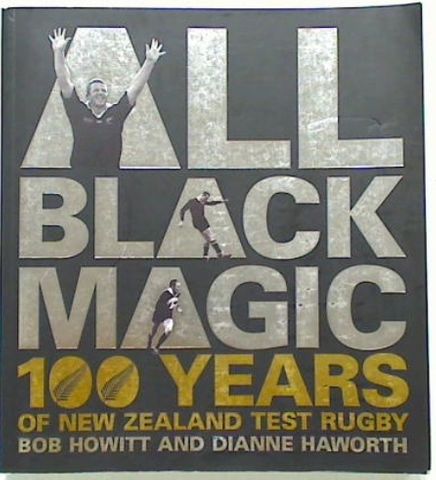 All Black Magic.100 Years of New Zealand Test Rugby by Bob Howitt and Dianne Haworth. ' Since New Zealand's first rugby international on 15 August 1903, the silver fern has been worn by well over 1000 men in more than 350 test matches. From such legends as Billy Wallace and George Nepia to modern-day heroes Michael Jones and Sean Fitzpatrick, these men in black have carried the sporting hopes of a country and created a legacy fro players of the future. Some tests will be ever remembered for the result. like the 1905 loss to Wales and the 2000 victory over Australia, and others for the drama that surrounded them, like the 1981 'flour bomb' test. Together, players and matches have left their mark in the memories of millions.'