A Lad of the High Country 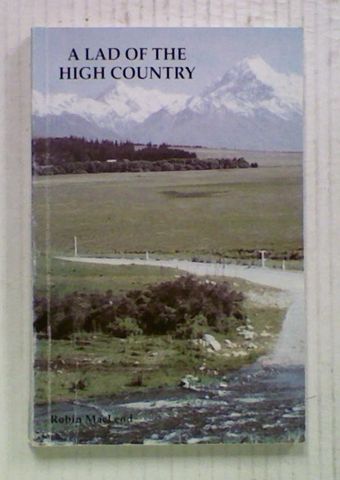 A Lad of the High Country by Robin MacLeod. 'Alan MacLeod, the eldest son of a Gaelic speaking Scottish father and an Irish mother, was born in Timaru, New Zealand, in 1920. From an early age, the focal point of Alan's world was the country, the high country, and that meant the Mackenzie Country. Ferintosh, the Mackenzie run within easy reach and sight of Mount Cook, was taken over by his father in 1928 and thereafter to be at Ferintosh was Alan's sole aim. This delightful book with its blend of humour and pathos gives an insight into an era now gone, an era of hardship but not self-pity. Through Alan's eyes a vivid picture is created of his childhood, school days (despite his reluctant attendance at school) and, most importantly, of his time in his beloved Mackenzie Country. We join him on his mustering trips and get a sense of the grandeur of the rugged country and the frustrations as well as rewards of working with sheep. We meet runholders, rouseabouts, a roadworker. . . '